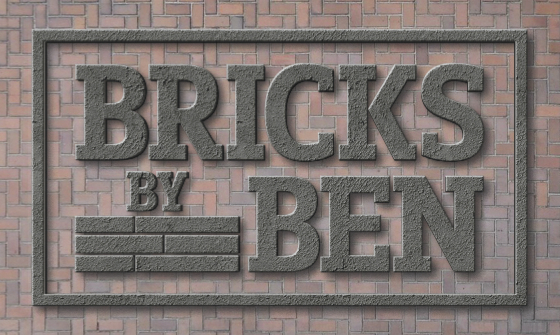 Extensive damage to the structure, undermining, and major stones had fallen out of the wall. Below is a side and front view of the bridge abutment upon initial visit. We proposed to dismantle everything that was compromised and rebuild it. A tree root had grown under the stone marked with a red A, pushed other stones out of the way, and attached itself inside of the abutment.

So we built a scaffold in the stream, and began careful deconstruction. Once we got past this top section where a previous repair attempt had been made, deconstruction went quite quickly due to the deterioration that occurred on the inside.

Based on our observations and the year it was built, we believe a Lime based mortar was used to build the abutment originally, which can naturally allow water through the structure. Portland based mortars on the other hand behaves as a water barrier, and trap moisture inside of structures. When moisture saturates structures built with a Lime based mortar, it chemically reacts, releasing CO2 and effectively turning into sand losing all of its adhesive and structural characteristics. After this change rainfall was able to fill the entire damaged inside of the abutment with soil. The previous Portland repairs have trapped moisture in the abutment and create an environment where lime based mortars will deteriorate.

After we cleaned and prepped a proper footer, we began building with stone from a nearby stockpile Fair Hill NRMA had setup for us to use. This specific job did not specify we reuse all of the stone, so we were able to pick the cream of the crop. We backfilled and tied into the existing structure the entire way up. These photos show how much dirt we washed off in order to achieve good adhesion between old and new.

The rebuild took about four weeks to complete. We color matched an exterior layer of mortar. We pointed and textured the finish properly.

We created a functional and lasting repair for the bridge abutment. We re-used stones that weighed more than a thousand pounds. We color matched as best possible. We saved this abutment from deteriorating worse. There were many other small repairs around the bridge we were responsible for. Many areas just required pointing to stop more damage from occurring.